It's hard to be inspired when we don't have much sunshine.  Last Tuesday it was sunny, and I can't believe how much I got done.  When it rains I tend to just play the piano, which is not a bad thing......but..... it's time to think about our gardens.
I met with a client yesterday & that did inspire me.  She has a problem with deer so I thought I would talk about what I know about out witting the deer.  First of all they don't like herbs or anything pungent OR poisonous.  There are a lot of herbs one can plant that they won't eat.  Since I like to cook I  LOVE  fresh herbs.
One I think you can't get enough of is Thyme.  There are so many varieties and it's evergreen!!  Plant a lot and make a statement.  Rosemary is nice.  The hardiest Rosemary and one I have luck with is Arp.  Rosemary Arp.  It has a pale blue flower.  Sage.....  the common one  is a little scrappy, but you can cook with it.  The Italians use it a lot.  My favorite is the Berggarten, but it's not reliably hardy.  The Purple Common Sage is very hardy.  I haven't tried to cook with it, but I bet it would work.  If you plant Chives, which I love to cook with, be aware that they self seed, and you can have more than you want in one year if you allow them to go to seed.  There is a variety out there that doesn't self seed as much.  I haven't used it.  Oregano......  There are so many varieties of Oregano.  It's another one of those if you aren't careful you will have more that you could ever use.  My favorite is True Greek Oregano.  It does not spread by runners.  It bunches, and great to cook with.  There are many ornamental Oregano.  That have great blooms.  Same with Sage or Salvia.  The deer don't like any of them.  My client gave me some French Tarragon.  It's hardy in her garden in Mosier so it will be hardy in mine in Hood River.  I think I understand that it runs or she wouldn't be giving me any.  She says she has luck with Savory.  With both these plants I will get back to you when I learn more about them.  I have not had luck with them so she must have varieties that are hardy.  So if you have DEER plant HERBS.  Of course there are other plants the deer don't like so I may take up this discussion at another time.
Posted by gardengates at 10:34 AM No comments: 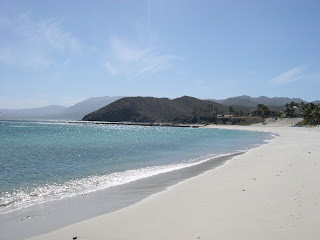 Posted by gardengates at 9:52 AM No comments:

OK.....  Didn't get the job with the city for the water front park.  Oh well.  Things are picking up.  Now is the time to prune, prune, prune.....  and transplant.  The weather is very conducive to these activities.  The window of opportunity will close,  so take advantage of it.  If you are reading my thoughts here on this blog, make a comment so I know that this isn't a personal diary.  Blogging is new for me.  I need to figure out how to get a following.  With all this wet weather maybe I'll post some pictures of my trip.  I'll think about it.
Posted by gardengates at 2:00 PM 1 comment: